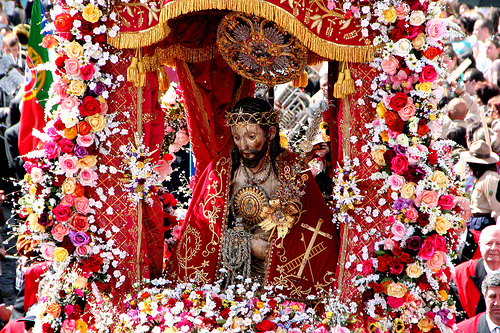 The Festival of Senhor Santo Cristo also known in English as the Feast of the Holy Christ is the largest celebration in the Azores islands. A religious celebration that takes place on the 5th Sunday after Easter on the island of Sao Miguel, with the large procession taking place through the main streets of Ponta Delgada. This is one of the most beautiful and elaborate events in the region, where over a hundred thousand people pay tribute and fulfil their promises to the lord by following in this glorious event. The statue of the Lord Christ is one of the most beautiful relics of the saviour in Portuguese culture since the 16th century. The statue is removed from the Church and Convent of Esperanca as it is carefully paraded through the city streets by strong men who have been elected the prior year to carry the over 500 pound statue. 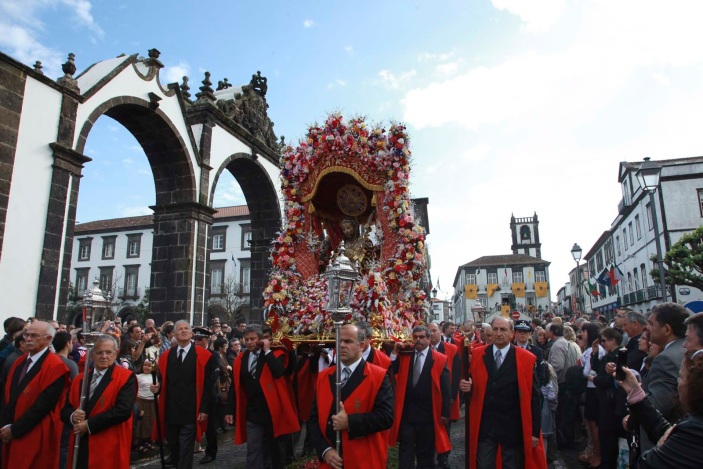 The festivities in honor of the Lord Christ are deeply rooted in the history and culture of the Azorean people and thousands of 2nd and 3rd generation Azoreans come annually to pay tribute. The large number of Azorean descendents that come to the festival every year is outstanding as it shows the continued appreciation for the history and culture that shapes the identity of the Azorean peoples and their belief in Christ for centuries. In honor of the event, the local houses place traditional white linens or quilts outside their window sills and each area of homes has the responsibility of decorating the outside streets with elaborate patterns of flowers that blanket the city streets for blocks.

This is an event that everyone should experience, and if you are unable to attend it can be streamed online via the Government of the Azores website where you can follow in the procession and pay tribute from wherever you may be in the world. A great new addition since many elderly people in hospitals or who are unable to travel can follow step by step via the internet in the most beautiful festival in the Azores. 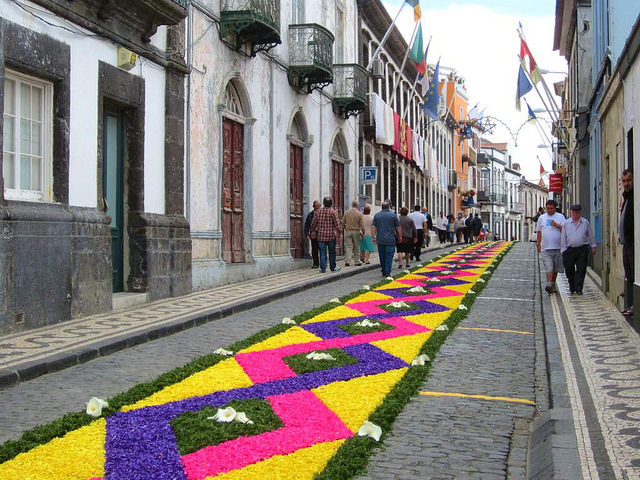