The island of Terceira is a very important historical and commercial post for the Portuguese empire ever since its discovery in the 15th century.  A sailing port for ships coming from both ends of the Atlantic during the Age of Discovery. Many nobles from all over Portugal emigrated to the islands in the early years of colonization leaving behind many ornate and beautiful churches and buildings that date back hundreds of years. The island is filled with unique flowers that thrive here in the mild Azores climate. The island of Terceira is the 3rd largest island of the 9 islands in the Azores and is known as the party island. The island is filled with fun festivals throughout the year, many dating back centuries. Here the Bullfight still exists, however unlike many other countries that have bull fights the bull is not harmed or killed during the fight and it is more of a long tethered rope that is tied to the bull with the local men pulling the ropes to avoid a collision with the bull and a possible bystander in the crowd. 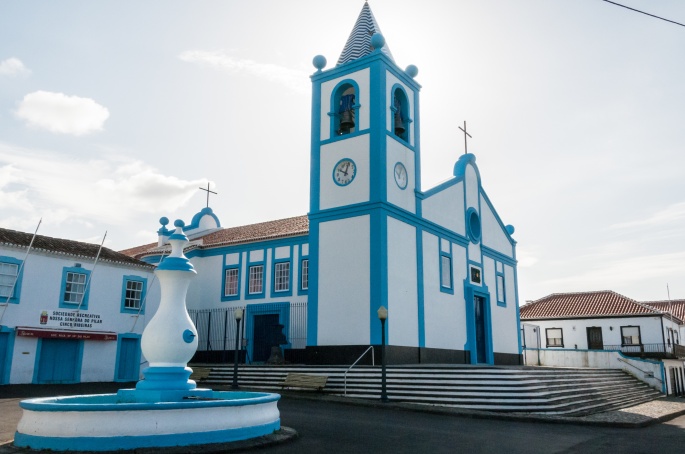 A four-hour direct flight from Boston and Toronto in the summer months and a short stop over in Ponta Delgada, Sao Miguel throughout the year makes this island very accessible. The Capital of the island is Angra do Heroismo, with many churches and buildings still erected from the 15th century. The island has a rich history throughout Portuguese history and it was here that many Portuguese nobles came to holiday away from the hustle and bustle of mainland Portugal. The various black and white mosaic cobblestone streets are a reminder in the small towns on the island of its old world European charm. Many people speak English on the island, however it is recommended to try to speak Portuguese whenever possible to show respect for the local island and culture.

Many world leaders have visited the island of Terceira throughout history to host summits since it is located almost on the westernmost region of the Eurozone. The U.S has leased a military base on the island since World War 2 which is contributed to the integration of the American culture with the local culture of the Azorean people on the island. The contribution by the American have been felt on the islands economy for decades adding a business social class to the island, which has introduced many products and mannerisms to the island picked up by locals. 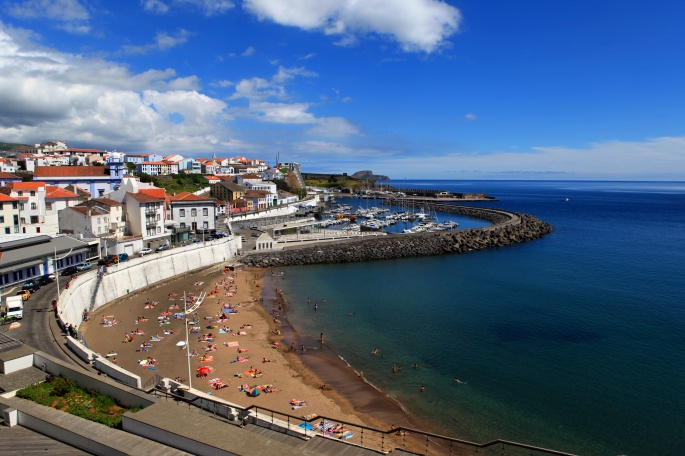 The island of Terceira is accessible by plane, and by Ferry in the spring and summer Months from all islands of the Azores. It is a quick flight from Ponta Delgada the Capital of the Azores on the island of Sao Miguel and the ferry ride is an experience of a lifetime. The modern-day ferry has a lounge and restaurant where you can enjoy the beautiful Atlantic ocean and majestic islands in the background as it sails by dolphins and whales that tease the boat and often giving a private show for guests on the boat by tailing the boat and jumping alongside the ferry making it a true Azorean experience. 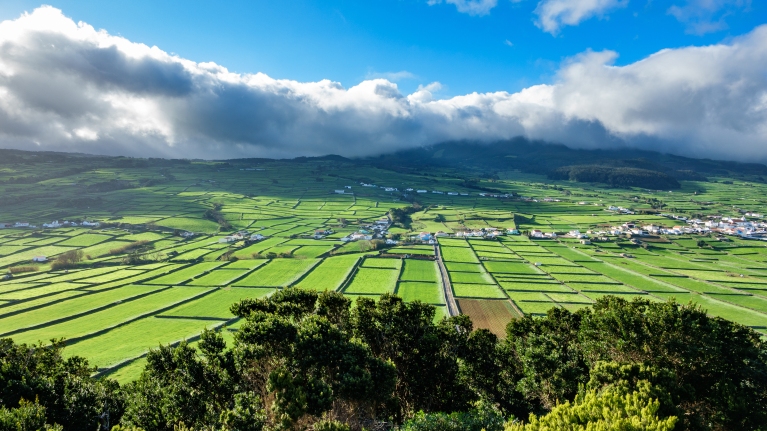 The lush fertile, green country side is filled with local flowers and is one of the most beautiful sights on the island. The picturesque green patterns and marked farmlands is a nature lovers paradise. One can forget the perils of time and enjoy the good local food, and interesting history while basking in the beautiful sunlight. The island of Terceira like all the islands of the Azores is known to have 4 seasons in one day. This means that you could wake up with a hazy rain and begin to drive and 5 minutes up the road it is sunny and blue skies. It is one of the unique weather patterns of the island which is affected by the gulf stream winds. 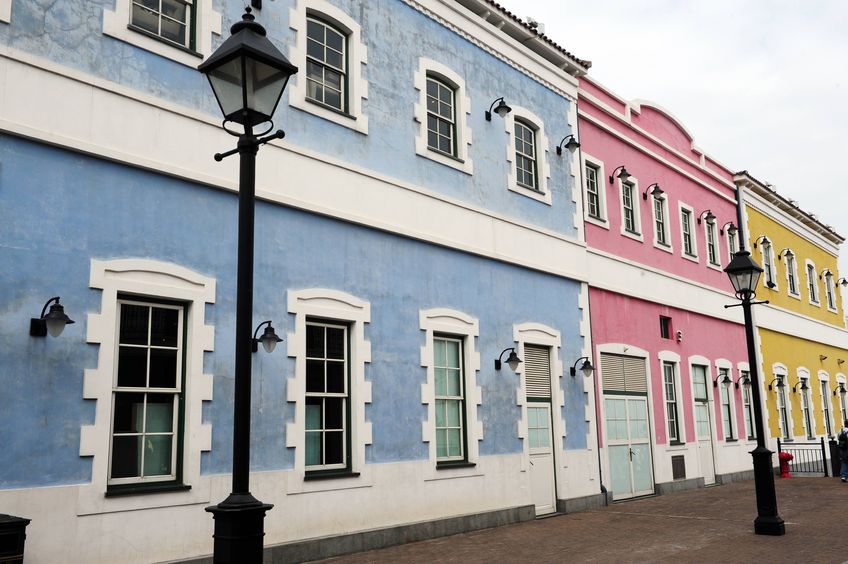 Some Visitors to the island have included: Prime Minister Winston Churchill, Presidents: Franklin Delano Roosevelt, Richard Nixon, Jimmy Carter, George H.W Bush, Barack Obama, The Shah and Shabanu of Iran, H.R.H Prince Andrew, Tony Blair, King Carlos of Spain and family. Some things to do on the island include, the naturally formed volcanic caves (Algar do Carvão and Gruta do Natal) on the interior of the island. This is an amazing ecological reserve and is a great way to explore deep in the million year old caves, under the guidance of a local guide. 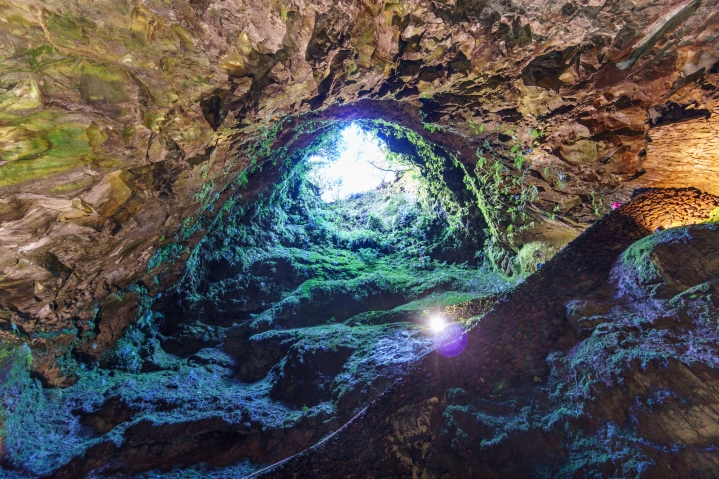 A visit to the city of Biscoitos is always memorable and picturesque too. Here you can indulge in nature, with amazing hiking trails, rows of hydrangeas and of course the natural, ocean pools that exists on the coastline. Here you can spend the day swimming between the natural formed lava rocks that makes small bays and private ocean water pools for you to swim. This is a great spot for families to come and enjoy the beautiful small city while admiring its seaside beauty.

Motorsports are becoming increasingly popular on the island of Terceira, with 4×4 rallies and motocross events becoming more common here. In the city of Praia da Vitória; an enchanting seaside community, there is a dedicated facility with both temporary and permanent tracks that go through various terrains in the area and offer exceptional views while getting in your adrenaline rush.

Also a notable site to visit on Terceira is in Angra do Heroísmo; the former capital of Portugal twice. This is a city is filled with ancient charm, great food and of course the centuries old cobblestone streets. Here in this beautiful city is a medieval castle (Castelo de São João Batista). In this historical castle, great battles were fought between the locals and pirates who often would prey on the Azorean waters hoping to ambush a passing cargo ship. It was here that the deadly battle between the Portuguese and the Spanish took place during the Portuguese restoration war in the 17th century. It was here where the Spanish were ousted from the Azores after the Portuguese victory over the Spanish, ending their temporary rule over the Portuguese Empire. 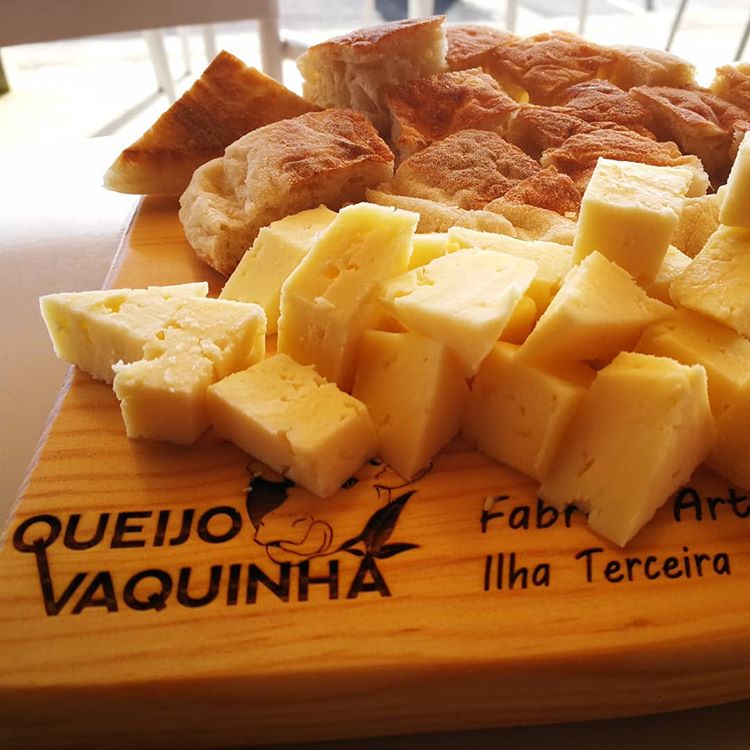 In 5 Ribeiras, a visit to the historical and of course tradicional cheese factory Queijo Vaquinha. It is here that some of the best cheese in the Azores is produced, using time honored methods and traditions that makes it one of the most popular cheeses from the region. Here at the Queijo Vaquinha factory you can taste the local cheeses and pair them with some unique Azorean breads and treats and learn all about the production of the cheeses and why they are so unique and tasty. This is a popular place to visit and is an amazing representation of a traditional Azorean company still using  organic farming methods which allows them to produce the highest quality cheeses for the European market.