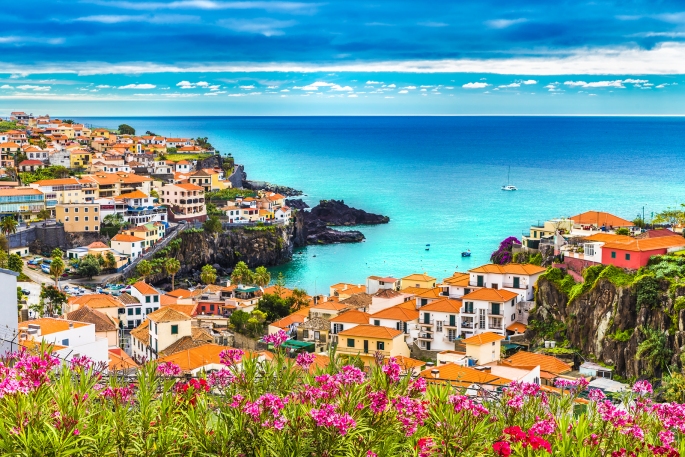 Location: The archipelago of Madeira is located 520 km (280 nmi) from the African coast and 1,000 km (540 nautical miles) from the European continent (approximately a one-and-a-half hour flight from the Portuguese capital of Lisbon)

How to get here: Azores Airlines, TAP Airlines 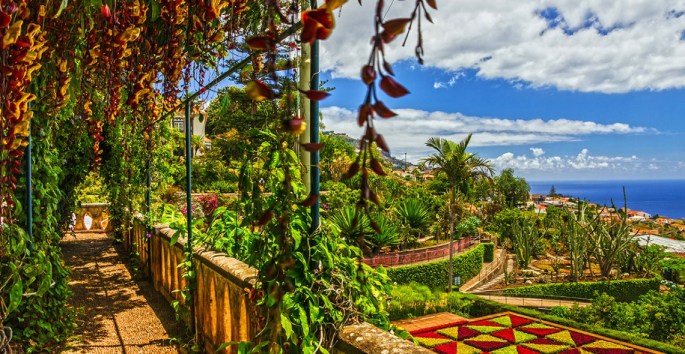 Points of interest:  The island of Madeira is wet in the northwest but dry in the southeast. In the 16th century the Portuguese started building levadas or aqueducts to carry water to the agricultural regions in the south. Madeira is very mountainous, and building the levadas was difficult and often sentenced criminals or slaves were used. Many are cut into the sides of mountains, and it was also necessary to dig 25 miles (40 km) of tunnels, some of which are still accessible. 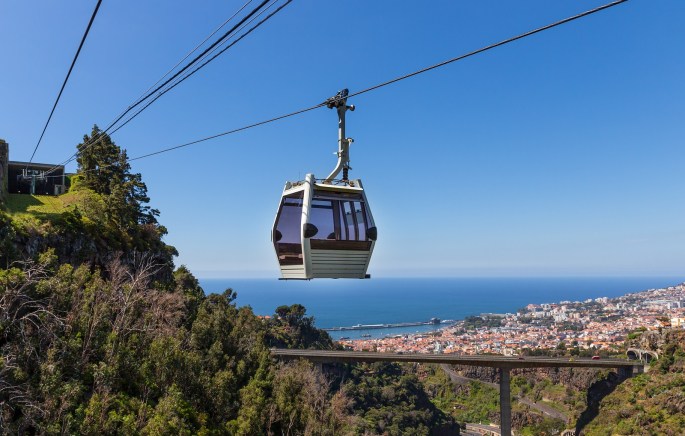 Today the levadas not only supply water to the southern parts of the island but provide hydroelectric power. There are over 1,350 miles (2,170 km) of levadas and they provide a network of walking paths. Some provide easy and relaxing walks through the countryside, but others are narrow, crumbling ledges where a slip could result in serious injury or death.

Two of the most popular levadas to hike are the Levada do Caldeirão Verde and the Levada do Caldeirão do Inferno which should not be attempted by hikers prone to vertigo or without torches and helmets. The Levada do Caniçal is a much easier walk, running 7.1 miles (11.4 km) from Maroços to the Caniçal Tunnel. It is known as the mimosa levada because mimosa trees are found all along the route.

Besides the city of Funchal, tourist destinations include: Ribeira Brava, Curral das Freiras, Porto Moniz, Santana, the Laurisilva forest, a UNESCO Natural Site, in the center of Madeira Island and the beaches in Porto Santo island. There is also a passenger gondola lift(Funchal Cable Car), that transports people from the lower section of the city to the suburb of Monte and another that runs between Monte and the Botanical Gardens. 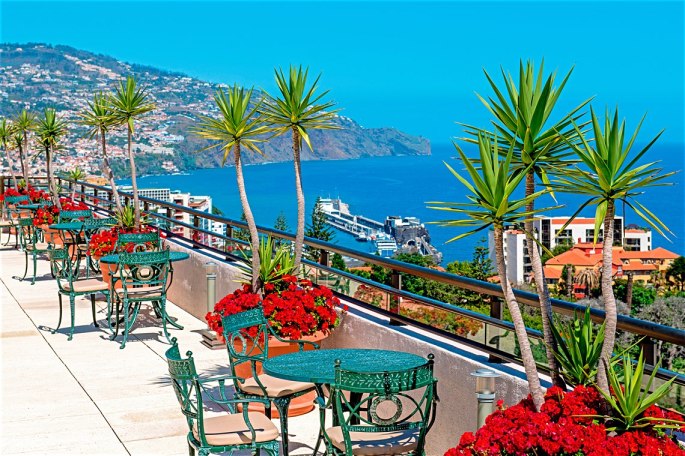