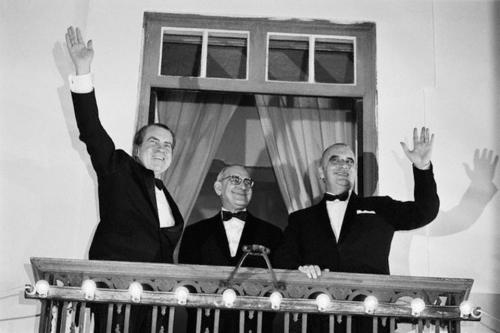 In the article it tells us about the recent meeting between President Nixon & President Pompidou of France on Terceira Island in the Azores. “The historic Azores Agreement was formulated here, in which for the first time in 37 yrs. the dollar was devalued in terms of gold. It has also made official the existence of the new relationship of virtual economic equality of the U.S., Western Europe, and Japan. The agreement was completed after a series of meetings which totaled 12 hrs. between the two leaders alone, which was unusual. It may possibly be one of the great international accords of the post-war era. “

At the time of the meeting the US dollar had been pegged to Gold at $35 an ounce. It was during these meetings over a 2 day period the agreement was to devalue the price of the dollar raising the price of gold to $38 dollars an ounce. The new monetary policy was then agreed upon by the major economies of the world at the time at the Smithsonian museum in Washington D.C following the meetings. Nixon is quoted as saying that it represented “the greatest monetary agreement in the history of the world”. 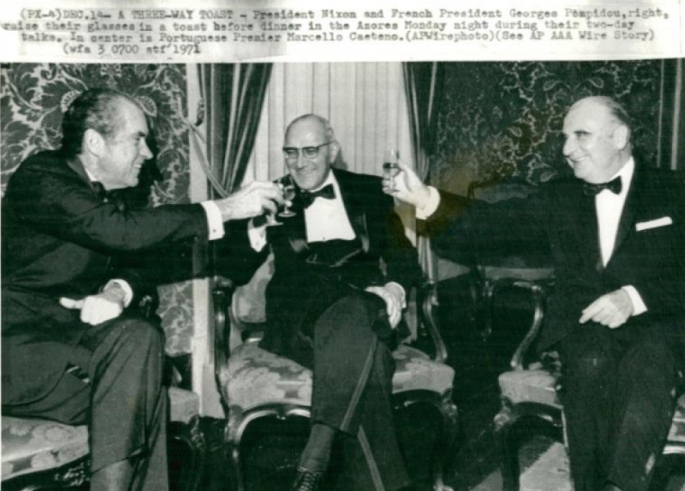 President Richard Nixon visited the Azores twice during his presidency; both times staying on the island of Terceira. President Nixon was accompanied by his Secretary of State Henry Kissinger and William J Connolly Jr. The men were seen touring the island during the day however many social events prevented them from exploring many of the famous tourist spots on the island. The President of Portugal Marcelo Caetano held a black tie dinner for the leaders at the Government palace in the capital of the island; Angra do Heroismo. President Nixon is said to have loved the natural beauty of the island so much that he suggested returning for another summit in the future. This soon changed with the political turmoil that began to arise shortly after his visit in the Azores regarding his involvement in watergate break in and cover up at the Democratic National headquarters in Washington. This caused a serious events for the President in which he decided to resign and no further summits were planned to the Azores before his resignation.

DINNER HOSTED BY PRIME MINISTER CAETANO OF PORTUGAL
Governor’s Palace in the Azores
December 13th 1971
Dinner is Scheduled after the reception for 9:00 p.m.

Some American officials that were at the dinner party hosted by the Portuguese President were; President Richard Nixon, Dr. Henry Kissinger, Ambassador David Kennedy, Vice Secretary to the Treasury Paul Volcker, Secretary of State Rogers, Secretary of the Treasury John Connally. Many local elite, military and political figures from the Azorean community were also in attendance at the black tie dinner. The menu was regional cuisine and wines.