If someone told you that you could encompass all the flavors of the beautiful Azores islands and capture them in a bottle of sweet liquor what could you say? Here on the island of Sao Miguel for over 75 years the Mulher de Capote company has been producing some of the finest regional flavored liquors on the Portuguese market. The Azores islands are known for the exotic fruit and mineral rich soil and that is why the many flavors of the island are now available throughout the Azores in various light liquor flavors.

The factory is located in the city of Ribeira Grande and is not the easiest place to find if you’re not familiar with the city so it is recommended to arrange a tour to make your trip efficient. Here you can explore the process behind the production of these unique liquors while having a chance to sample the various flavors in their tasting room. The company’s most popular liquor is their passion fruit flavored liquor which is produced locally on site and has received 6 International gold awards. Other notable flavors include blood orange, lemon and of course Pineapple. 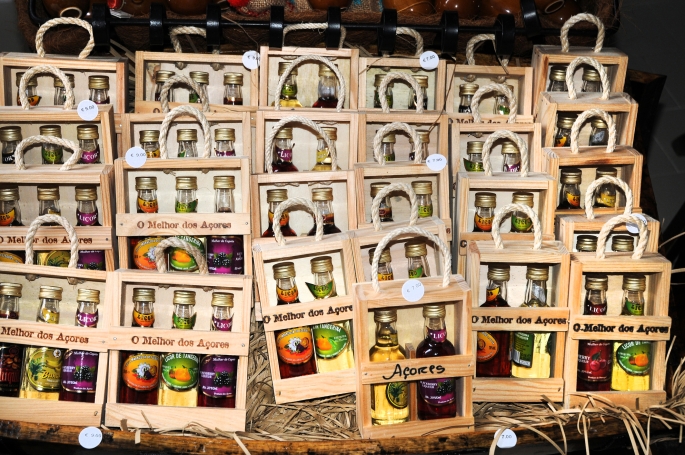 Their pineapple flavor liquor is a favorite after dinner drink to sip and enjoy the local flavors of the local fruit.  The sweet, light flavor of the Azorean pineapple makes a useful ingredient for many local dishes and the liquor is often used to enhance the flavor of various sweet Azorean desserts. It is recommended when touring the factory and the distillation process of the facility that you admire the local collectors edition bottles they have shaped into various popular Azorean symbols such as in the shape of a Pineapple or a traditional Azorean women even a Hydrangea shaped bottle filled with a colorful fruity liquor, making it the perfect gift to take home from your island getaway to the Azores.

If you are unable to make it to the factory in Ribeira Grande then your in luck because their line of Azorean Spirits are available throughout the island and all of the 8 other Azorean islands in both grocery stores and at the airport gift shops.